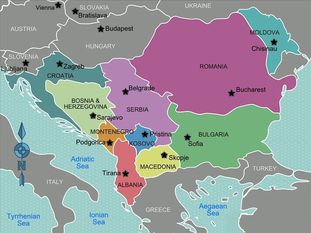 The Balkans, or the Balkan Peninsula, is a geographic area in south eastern Europe with various and disputed definitions.  The region takes its name from the Balkan Mountains that stretch from the Serbian-Bulgarian border to the Black Sea.
​
According to an earlier version of the Britannica, the Balkans comprise the territories of the states of Albania, Bosnia and Herzegovina, Bulgaria, Croatia, Greece, Kosovo, the Republic of Macedonia, Montenegro, Serbia, Slovenia and the European part of Turkey
Bosnia - Sarajevo
Macedonia - Ohrid 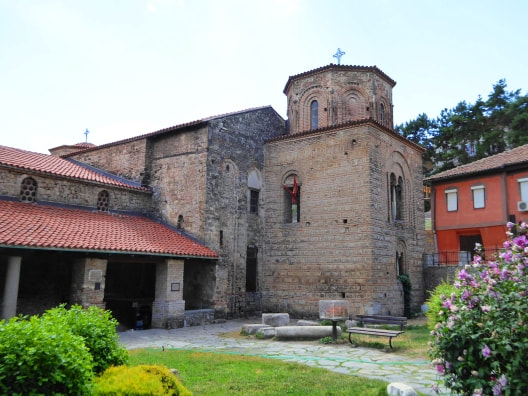