Hyde Park
See also:- Centennial Park : Parramatta Park : Hyde Park : Olympic Park : Berangaroo : Botanic Gardens
​Hyde Park was named after the original Hyde Park in London. The park is pock marked with drain lids, many of which lead down to Busby's Bore, the first large scale attempt at a water source system after the backing up of Tank Stream, the Sydney colony's primary water source. Busby's Bore was built between 1827 and 1837 using convict labour and supplied fresh water from Lachlan Swamps, (which later became known as Centennial Park) to the city.

From the very early days of the colony, the open area to the south east of the settlement was a favourite place for sport and recreation. It was known variously as ‘The Common’, the ‘Exercising Ground’, the ‘Cricket Ground’ and the ‘Race Course’. On October 13, 1810, Governor Macquarie separated the area from the Domain to the north, named it Hyde Park (after Hyde Park in London) and dedicated it for the "recreation and amusement of the inhabitants of the town and a field of exercises for the troops". He kept the Domain for his own exclusive use.

Many sports were played at Hyde Park including cricket, rugby, horse racing, quoits and hurling, however, sports people using Hyde Park had share it with both the military, who trained on it and practised drill work, the public, who cut paths across the playing fields, stray dogs, cattle, goats, sheep and other animals as well as other sports people whose interests sometimes conflicted. The quoit players in particular, used an area close to the cricket pitch and often damaged it. 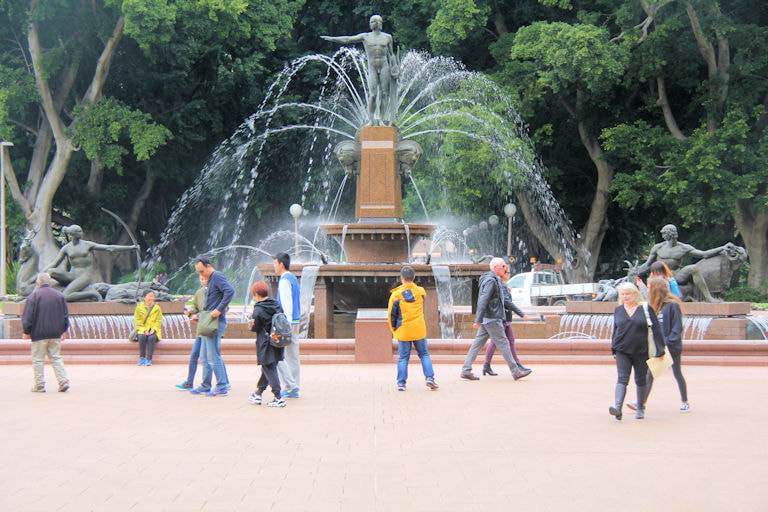 Archibald Memorial Fountain
The Archibald Fountain was created by French sculptor François-Léon Sicard, following a bequest from its namesake Mr J.F. Archibald. Archibald set aside money in his will to establish a monument to commemorate the association of Australia and France in the First World War. 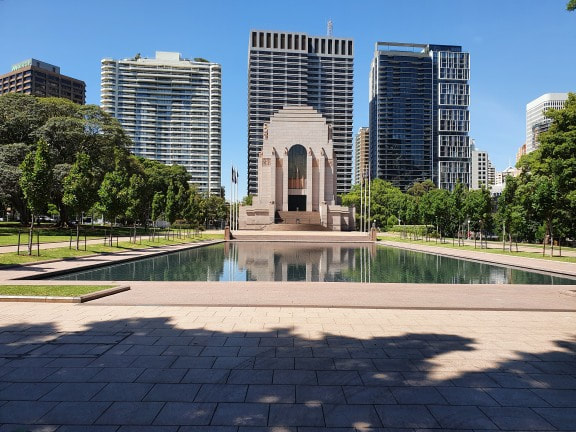 The Anzac Memorial is a heritage-listed war memorial, museum and monument located in Hyde Park South near Liverpool Street in the CBD of Sydney, Australia. It is also known as Anzac War Memorial, War Memorial Hyde Park and Hyde Park Memorial.
​​Click on the Aussie icon below to return to the Australasia page,
​or click HERE to return to the home page
Proudly powered by Weebly