The island is home to many cultures, languages and ethnicities. The majority of the population is from the Sinhalese ethnicity, while a large minority of Tamils have also played an influential role in the island's history. Moors, Burghers, Malays, Chinese, and the aboriginal Vedda are also established groups on the island.

​The pre-history of Sri Lanka goes back at least 125,000 years and possibly even as far back as 500,000 years and during this time was known by a number of different names.
Colombo, the capital of Sri Lanka as well as the gateway to the country.  It has a long history as a port on ancient east-west trade routes, ruled successively by the Portuguese, Dutch and British. That heritage is reflected in its architecture, mixing colonial buildings with high-rises and shopping malls.

What the travel brochures don't tell you is that if you intend visiting the country from a 'western' country, spend at least six weeks walking around bare footed, preferably in the mid day heat. Only that way can you harden your soles for visiting the temples, and walking on hot paving stones. If you are getting on in years, find a high rise building near home, and walk up and down the fire escape to get fit for climbing the rock at Sigiriya.  It will be worth the effort.

Don't expect fast service in Sri Lanka.  Drinks ordered at the start of a meal invariably come when the meal is three quarters finished.  But you can expect broad smiles from whoever you meet.
Negombo

Negombo is a quiet town in the western coastal area, a short distance from the international airport, and a good place to get your Sri Lankan ‘feet’, and overcome any jet-lag from the inbound flight.  We had no arrangements for day 1, having arrived in the early hours of the morning, so we took a taxi from the hotel for a four hour sight seeing trip.  A good decision.

​Fish Markets:  If you are an early riser (6:00am) – after possibly landing at after mid-night, the fish markets are a good place to start your tour.  The word ‘markets’ denotes that there are more than one.
The new fish market in the north is considered one of the largest in the country, and here you can watch (and smell) boats arriving with their catch boats, unloading and drying fish on the sand.
1.5 km South of new market is the old Fish market. In fact, the same, only the size is smaller and there is no opportunity to dry fish on the shore as in the New Fish Market, but is even more colourful and interesting. 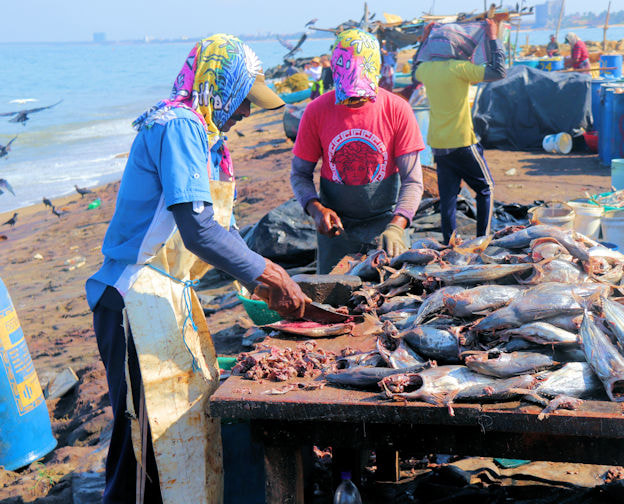 Cutting and cleaning the fish before drying
Boat Cruise.
Before going on a boat cruise, the driver told us how many boats there were in the harbour.  I thought that he was exaggerating.  Having seen just some of them, I believe that he was understating the quantity by a large factor. 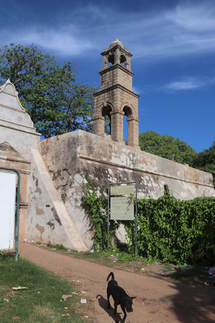 The Old Dutch Fort
The old Dutch Fort and the Dutch Canal would have to be Negombo's two main attractions. The Dutch Fort is a structure that goes back to Sri Lanka’s colonial days when the nation was once under the rule of the Portuguese and then the Dutch. The city was encircled by an earth wall.  It is now part of the local prison. Built in 1672 and located near Munnakkaraya Bridge. 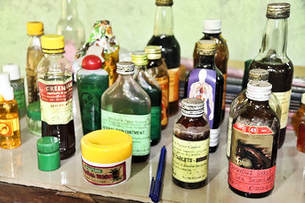 Herbal and Spice Grove
Are you suffering from Diabetes, high or low blood pressure, or perhaps erectile dysfunction? Perhaps you just need a -pick-me-up? Well we have a cure for you.  But my big question is do they have a cure for the cure?
​There are a number of these Spice Groves throughout the country - some better than others. 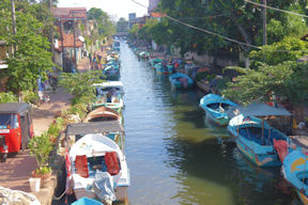 The Dutch Canal
Another reminder of the Dutch Colonial past is the Dutch Canal, built during the Dutch occupation and very reminiscent of canals in the Netherlands.
Munneswaram Hindu Temple
The Munneswaram Temple is an important regional Hindu Temple complex and has been in existence at least since 1000 AD. it is located in Munneswaram village, the center of the spiritual and religious Hindu life of the people in the area 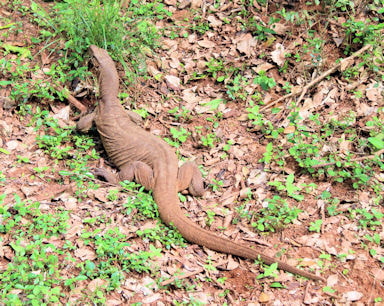 ​Wilpattu National Park (Willu-pattu; Land of Lakes) features "Willus" (Natural lakes) - Natural, sand-rimmed water basins or depressions that fill with rainwater. Located in the Northwest coast lowland dry zone of Sri Lanka, approximately 180 km north of Colombo.  About a three hour drive from Negombo.  Visitor access is currently limited to approximately 25% of the park, the remainder of which is dense forest or scrub.
​
Some of the park’s mammalian residents include elephant,  sloth bear,  leopard and water buffalo.  Birds such as the painted stork, the open bill, little cormorant, Sri Lankan junglefowl along with many species of owls, terns, gulls, eagles, kites buzzards call Wilpattu home.

During our visit, all we saw was Peter Rabbit and his family,  A troop of monkeys, a tortoise breaking the land speed record to get away and a crocodile on the far side of a pond that could well have been a fallen log.  The setting was beautiful but the rattles and squeaks from our vehicle possibly told the wild life of our approach, long before we got near. 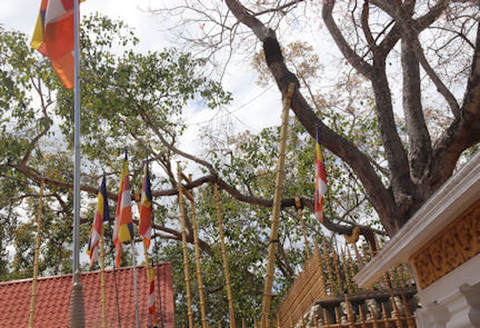 Anuradhapura is the capital city of North Central Province and historically, was one of the ancient capitals of modern day Sri Lanka.  It is famous for its well-preserved ruins of an ancient Sri Lankan civilization and is now a World Heritage site.  For many centuries it was the centre of Theravada Buddhism.  (Theravāda "School of the Elders" is the most ancient branch of Buddhism still in existence.)  The ancient city, considered sacred to the Buddhist world, is today surrounded by monasteries covering an area of over 41 km2.

Sri Maha Bodhi Tree.  Many countries have claims to centuries old trees.  The Balkans have an olive tree that still bears fruit.  Australia had a tree the pre-dated the birth of Christ but here we can see the Sri Maha Bodhi Tree.  The sapling of which, it is claimed,  was brought to Sri Lanka by Buddhist nun  Sanghamitta, the daughter of King Asoka of India during the 3rd Century B.C.  It is the oldest historically authenticated tree in the world (2,250 years).  You can not get close to it as it is growing on a higher level, but can be seen here supported by gold support pillars. 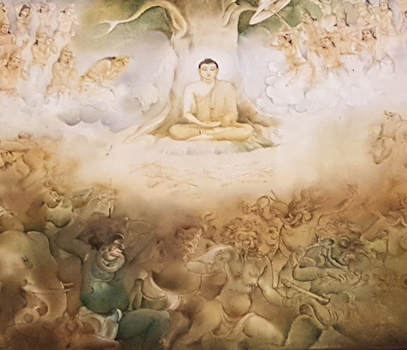 Buddha under the Bodhi Tree
This tree has been grown from a sapling of the tree that Buddha sat under when he achieved enlightenment.  A picture of Buddha under the tree can be seen in the Queens Palace in Kandy.
​
Saplings from the Sri Maha tree  have, in turn, been sent to other temples​
Samadhi Buddha is a 2m tall Buddha statue, popularly known as the Samadhi statue, carved in stone during the 4th century. Excavations conducted at the site revealed that the statue belonged to the fourth century and was one of the four statues originally placed around a Bodhi tree growing there.

Abhayagiri Monastery is spread over an area of 200 hectares and was founded by King Valagamba also known by Vattagamini Abhaya (109 BC-89-77 BC). The monastery was donated to Buddhist monk Thera Mahatissa as a token of gratitude for the moral and material support extended to the king, at a time of adversity, in exile building an army to regain his kingdom.
The main stupa, the Abhayagiri Stupa was built over a footprint of Buddha. The Bo tree at the monastery is an off-shoot of the Sri Maha Bodhi tree also at Anuradhapura. During its glorious days,  the monastery was home to one of the finest libraries in the world.  (A stupa (Sanskrit: "heap") is a mound-like or hemispherical structure containing relics  that is used as a place of meditation).

Mirisawati Dagoba (Dagoba means Shrine in English) was built by King Dutugamunu (161-137 BC), “The Hero of the Nation”, following the water festival held on the seventh day of the victory of the Great War that rescued the nation from the Southern Indian Kingdom of Chola. Mirisawati Dagoba was the first monument built by the king following his consecration.
The story goes that Dutugemunu went to bathe in the tank, leaving his ornate sceptre implanted in the bank. When he emerged he found his sceptre, which contained a relic of the Buddha, impossible to pull out. Taking this as an auspicious sign, he had the dagoba built.

Thuparama dagoba, 20m in height and 60ft in diameter, one of the smallest of ancient stupas was built by King Devanampiya Tissa in the third century BC. Thuparama dagoba is believed to enshrine the collar bone relic of Buddha. By the seventh century, the stupa was renovated by King Aggabodhi the second in the 7th century. 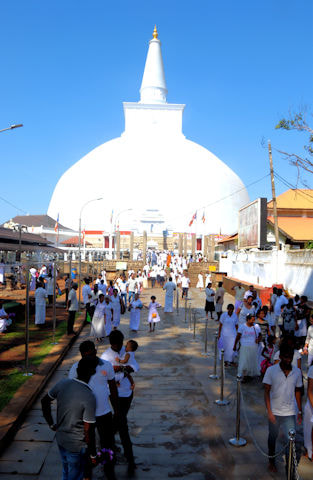 Our Sri Lankan holiday was expertly arranged through:-
ToursLanka Vacations P/L in Colombo.
Our driver/guide was Mr Kreethy
Thanks to you and the people of Sri Lanka for a wonderful experience. 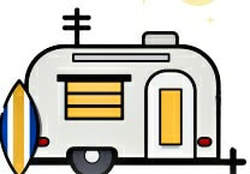 Back to Travelogues
Proudly powered by Weebly