Lithuania
Lithuanian kids don’t “go to the bathroom”… they “go and visit the dwarves” (eiti pas nykštukus).
They may not ask you if you want a beer…- they’ll ask if you want some “liquid bread” (skysta duona).
and they will not “lie to you”…-  they’ll “hang pasta on the ears” (kabinti makaronus) 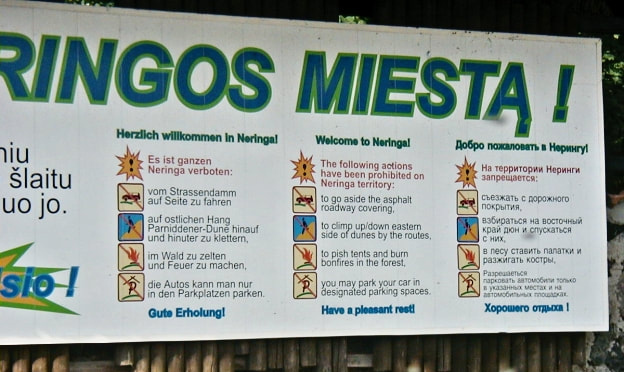 Before we start on our journey, some house rules:- It is prohibited to "pish tents"  Ouch
Lithuania was historically home to a large and influential Jewish community that either fled the country or were murdered during The Holocaust in Lithuania.   Before World War II, the Lithuanian Jewish population was some 160,000, about 7% of the total population. Vilnius (then Wilno in the Second Polish Republic) had a Jewish community of nearly 100,000, about 45% of the city's total population.

There were over 110 synagogues and 10 yeshivas in Vilnius alone.   Only about 2,000 Jews were counted in Lithuania during the 2005 census.
​The Hill of Crosses is a site of pilgrimage about 12 km north of the city of Siauliai, in northern Lithuania. The precise origin of the practice of leaving crosses on the hill is uncertain, but it is believed that the first crosses were placed on the former Jurgaičiai or Domantai hill fort after the 1831 Uprising. 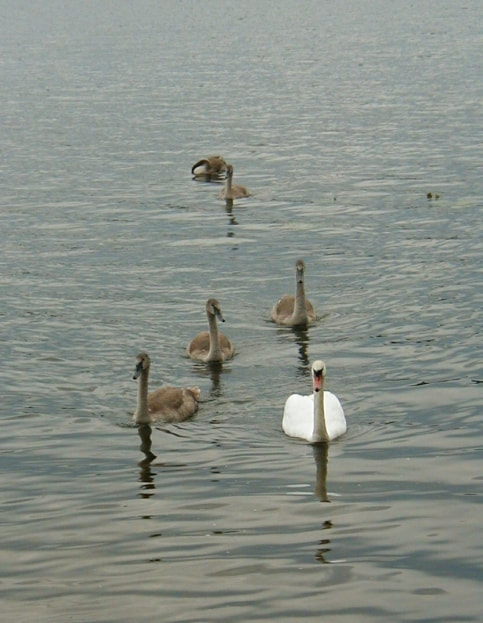 In a country with such historical racial divide,
is it surprising to see the grey ones escorting
​the white one away?  "Quack Quack" 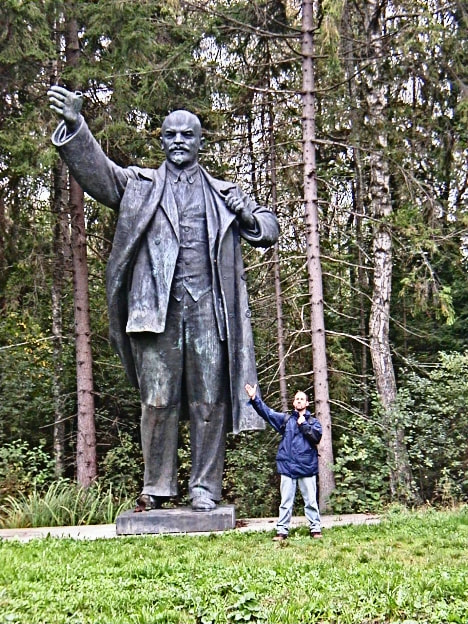 Stalin's World:  After Lithuania regained its independence in 1990,
various Soviet statues were taken down and dumped in different places.
A Soviet-theme park was created in the wetlands of the
Dzūkija National Park.
Lithuanian is one of the oldest language in the world today. This language is one of the oldest living Indo-European language of Europe.
Travelling with family, my daughter-in-law, being a future President Trump disciple, decided to 'corner the market' of plastic bags.  One vendor, an old lady, was selling 'western' plastic bags with well known company logo's on them.  She had a total stock of 6 bags.  My Daughter-in-law bought all six for just a few cents.  So excited was the vendor that she threw in a clove of garlic.  Possibly telling her grandchildren about her 'killing' at the market and how 'stupid' some westerners can be, not to haggle over the price.

Shoot to next European page:- The Balkans
Proudly powered by Weebly