The Top End
Darwin,  Kakadu,  Litchfield Park
Darwin.  On 9 September 1839, HMS Beagle sailed into Darwin harbour during its surveying of the area. John Clements Wickham named the region "Port Darwin" in honour of their former shipmate Charles Darwin, who had sailed with them on the ship's previous voyage which had ended in October 1836.

The settlement there became the town of Palmerston in 1869, however was later renamed Darwin in 1911.

The city has been almost entirely rebuilt four times, following devastation caused by the 1897 cyclone, the 1937 cyclone, Japanese air raids during World War II, and Cyclone Tracy in 1974.

The wet season in Darwin is characterised by high humidity, monsoonal rains and storms. Average temperatures range from 24.7 - 32 °C and humidity can push past 80 per cent.  January is the wettest month.  Despite this, January and February is considered by many as the most beautiful time of year and sunny days and afternoon storms refresh the landscape, and animals and the plants flourish.

To catch a glimpse of the plant life, an hour or two spent in the The George Brown Botanic Gardens, just a few kilometres north of Darwin city is a worth while activity.  The gardens cover 42 hectares and are noted for their collections of north Australian and other tropical species.  It is also a cool place to  relax under a canopy of rain trees and tall palms in the heart of Darwin, or sip a beverage in the old Wesleyan Church that now serves as a coffee shop..

Litchfield National Park is a popular tourist destination with some magnificent waterfalls and crystal clear pools (crocodile free).
​
The park is approximately 120km south-east from Darwin via Batchelor on a fully-sealed road.

Buley Rockhole
​Wade through the pools, absorb the scenic bush surrounds or sit and relax, as the cool water rolls over your shoulders. Open for most of the year.
Wangi Falls
​The Wangi Falls is a segmented waterfall on the Wangi Creek
Florence Falls is a spectacular double waterfall set amid the monsoon forest cascades into a swimming hole. The lookout proves a panoramic view.
​Kakadu is ​the largest national park in Australia, covering almost 20,000 square kilometres. That’s nearly half the size of Switzerland.  It has been home to the Aboriginal people for more than 60,000 years and is the oldest living culture on earth.

The park is dual World Heritage-listed for its outstanding natural and cultural values.

A feature of this corner of the world are the giant termite nests.  The either strive to build their nest high to avoid being swamped by the wet season rains such as the Cathedral termites, or the take bearing on magnetic north and build a mound that runs north - south with a flat surface on east and west.  It looks like a cemetery when there are multiple nests in the same location.
Driving around in a bus, caravan or car gives you one impression of the park.  Getting on wings gives a much broader impression of the size and diversity of the park.  The flight definitely has that 'WOW' factor that is only hinted at when seen from the ground.  Well worth the cost.

On one side you can see the jagged edges of the escarpment, the stone country.  ​The rock platforms of the plateau are dissected by a network of chasms and gorges. The top of the plateau is a harsh, dry place. Water drains away quickly. In most areas soil is scarce.  In most places, no man has set foot. 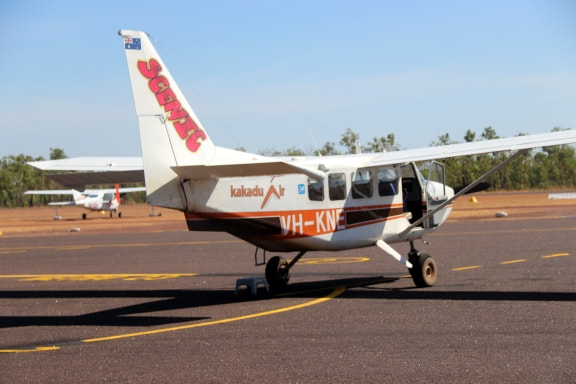 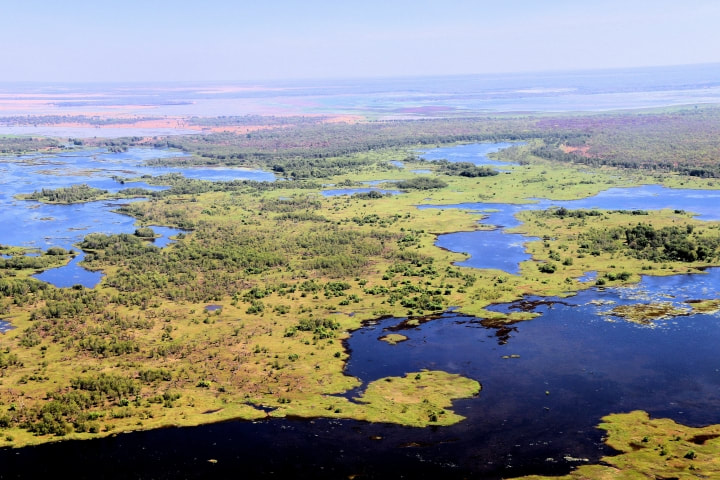 Then there are the outliers are essentially pieces of the Arnhemland plateau that have, through past erosive action, become separated from the plateau complex. They were islands in the ancient seas that once covered much of Kakadu. Nourlangie Rock and Ubirr are good examples of outliers.  Ubirr is now on the tourist map as a art site 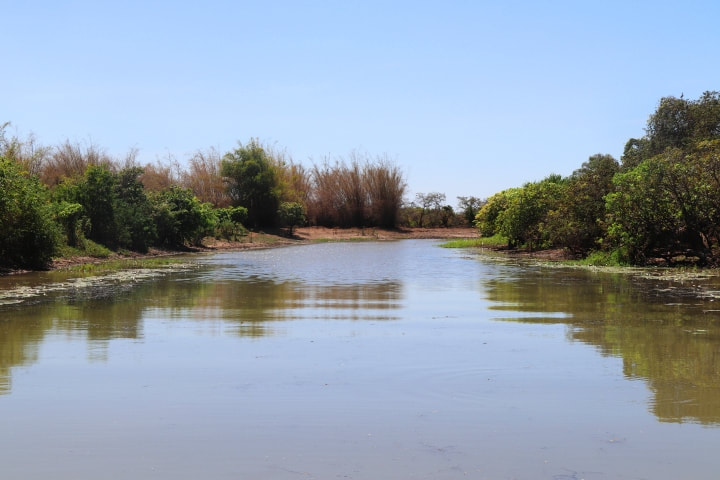 Where man has lived for around 60,000 years, there must be some remnants of his early experiences, even though the traditional owners never had the written word.  The did have cave art.
And finally a health warning 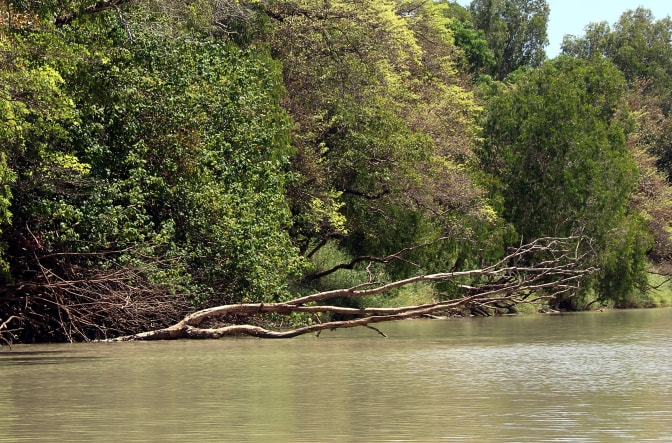 And where there is still beauty in death 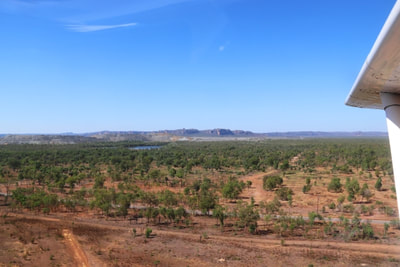 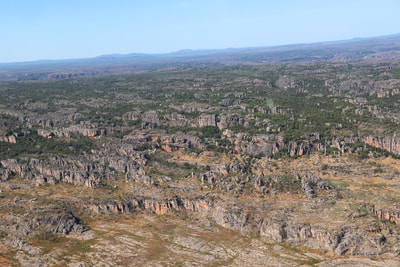 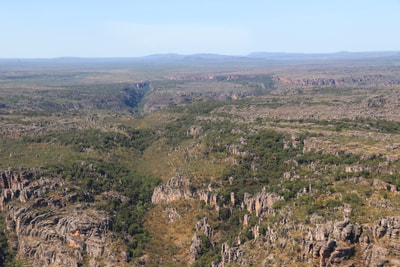 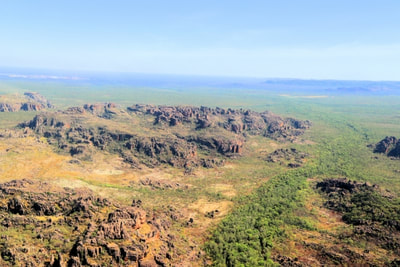 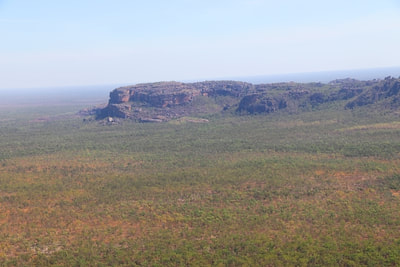 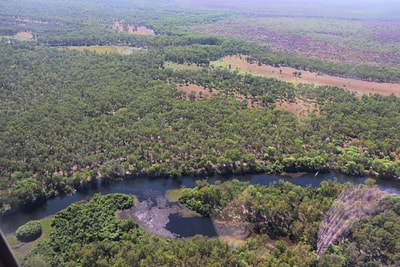 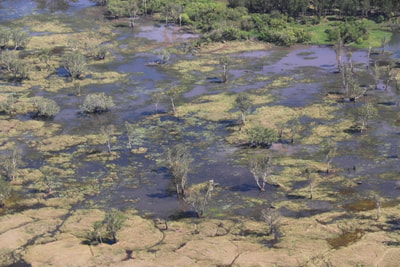 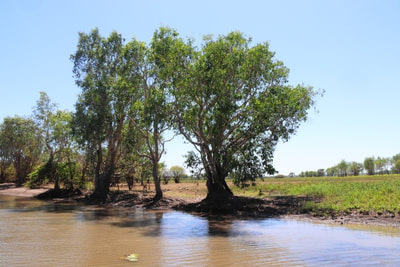 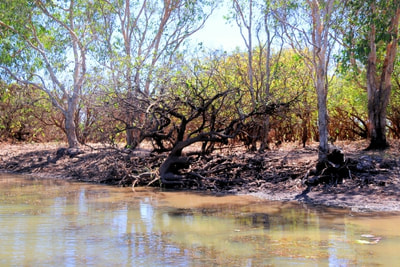 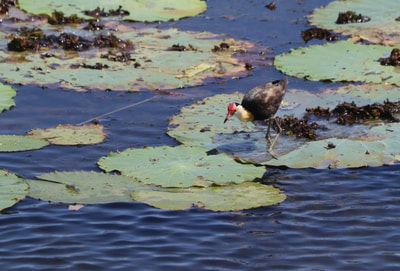 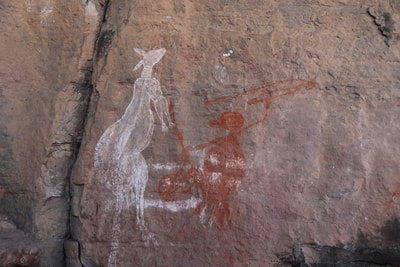 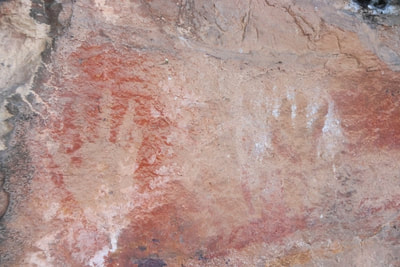 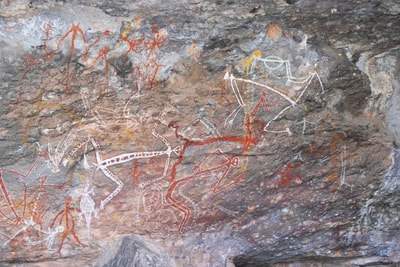 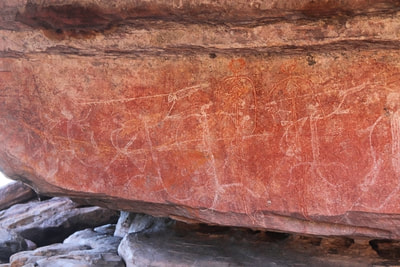 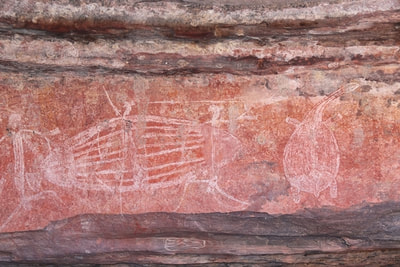 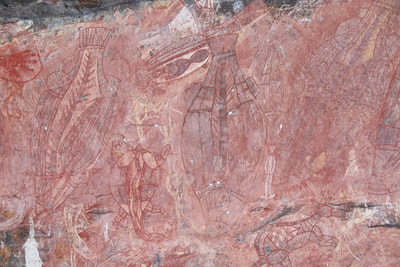 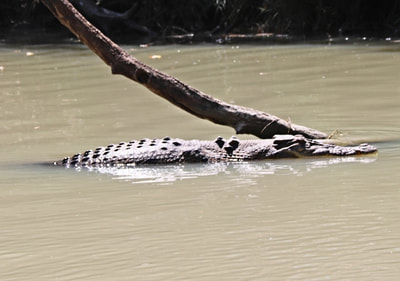 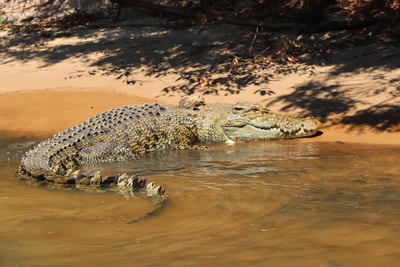