Centennial Park
See also:- Centennial Park : Parramatta Park : Hyde Park : Olympic Park : Berangaroo : Botanic Gardens
Originally a swamp and then set aside as land for the water source for Sydney, Centennial Park was reconstructed as a public park and opened in 1888. Sir Henry Parkes' vision was to create a 'People's Park' in which the citizens of Sydney could 'take in the air' away from the Sydney town centre.
While the first set of Parklands' regulations in 1889 included: 'No person shall walk on the grass…' and 'No person shall engage in any game, or train for any race…'
On 1 January 1901, 60,000 people gathered in Centennial Park to witness the proclamation of the Federal Constitution, uniting six formerly independent colonies as one Commonwealth of Australia. The people of Sydney celebrated Federation with a week of festivities. 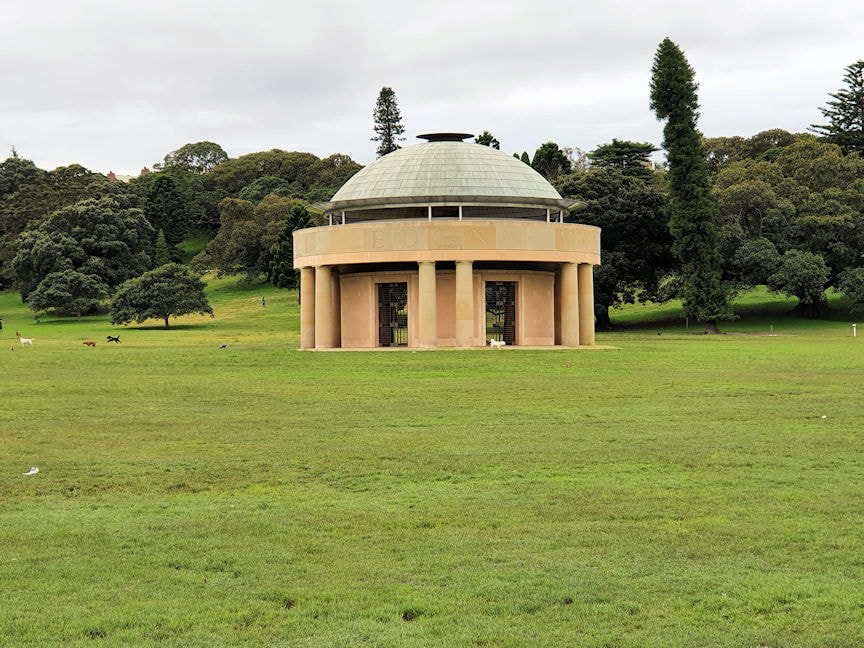 Federation Pavilion where all the states came together to form one country.
Now the meeting place for all the dogs. 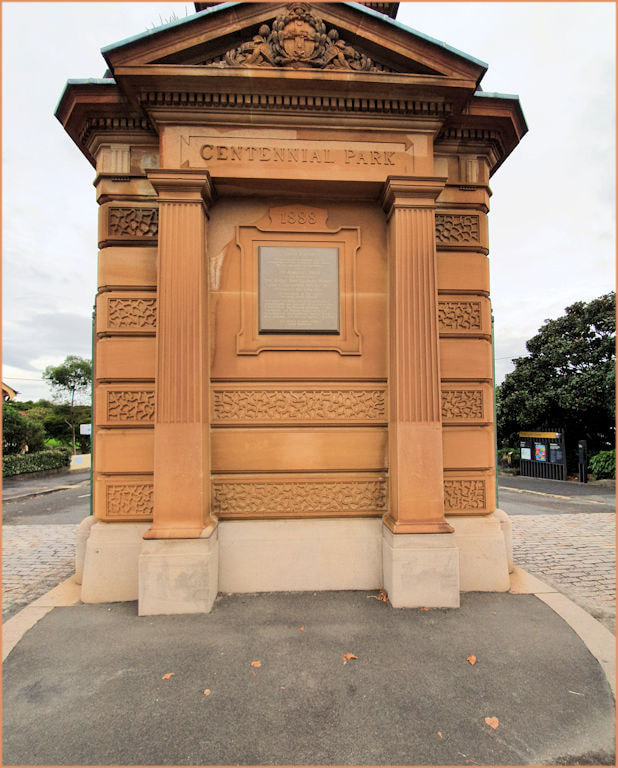 The main gates Paddington.  Built for the official dedication in 1888.
The Sun Dial
Several years ago one of the Parklands' Rangers was walking through the Column Garden when he was approached by an elderly park visitor. She pointed to the sundial and asked if he knew of its origin. He said he didn't - so she shared the following tale.

Her relatives lived on the south side of Centennial Park, on Darley Road, for  generations. Many years ago one member of the household was a young girl who was unfortunately diagnosed with a terminal illness. The doctors had told the girls' parents that there was nothing they could do for her, and they should take her home to let her spend her last days at home. This they duly did.

While the girl was at home, the Park's horticultural staff (who knew the family) donated branches from the Park's palm trees to lay on the road in front of their house. This muffled the sound of steel shoes worn by passing horses; and the steel wheels of carts pulled by horses, making the girl much more comfortable during her last days.

The girl died in due course, and the grateful family donated the sundial in appreciation. 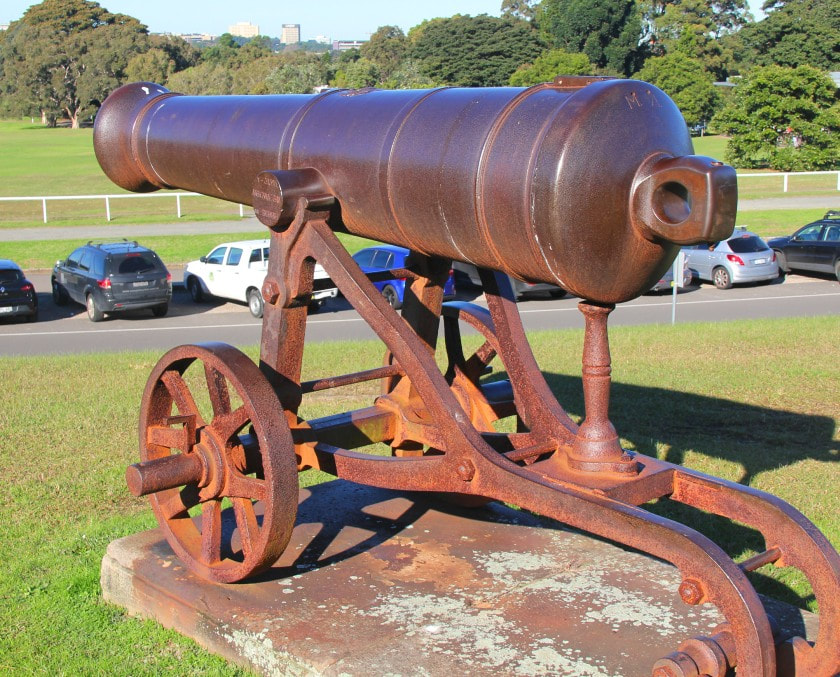 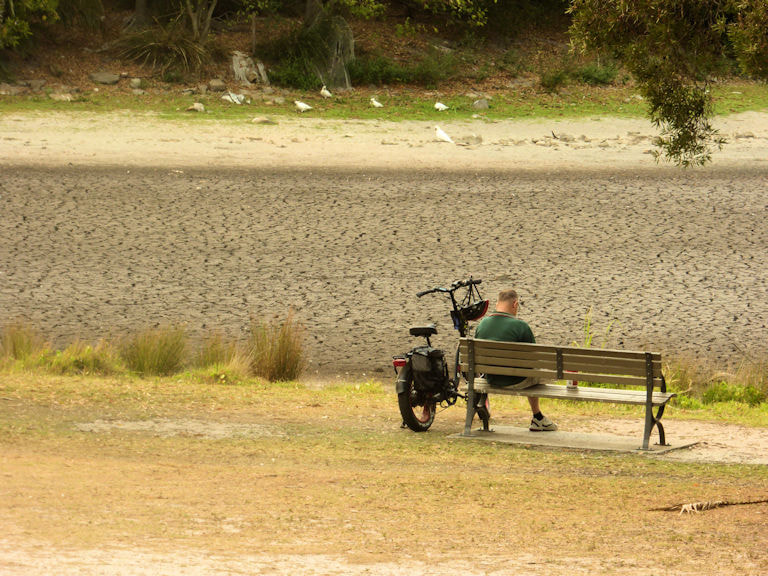 Duck Pond when there is no rain..
Centennial Parklands overlies part of a very large groundwater aquifer known as the Botany Sand Aquifer, which contains millions of litres of freshwater. 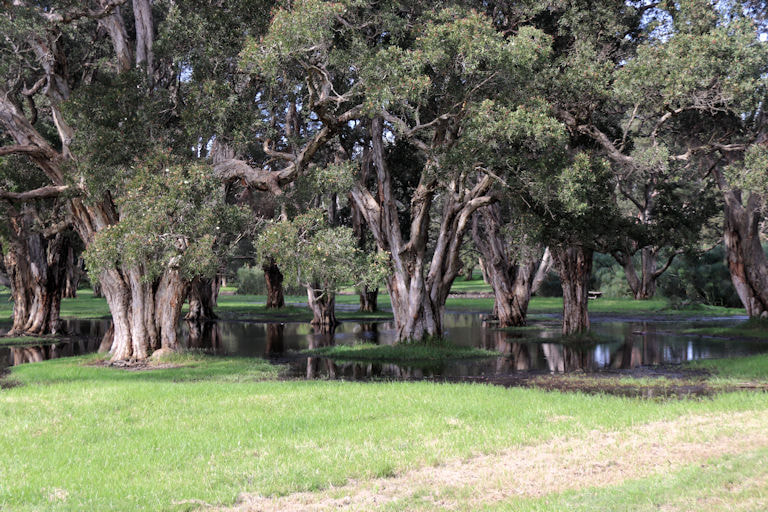 But when it does rain, there are drinks all round. 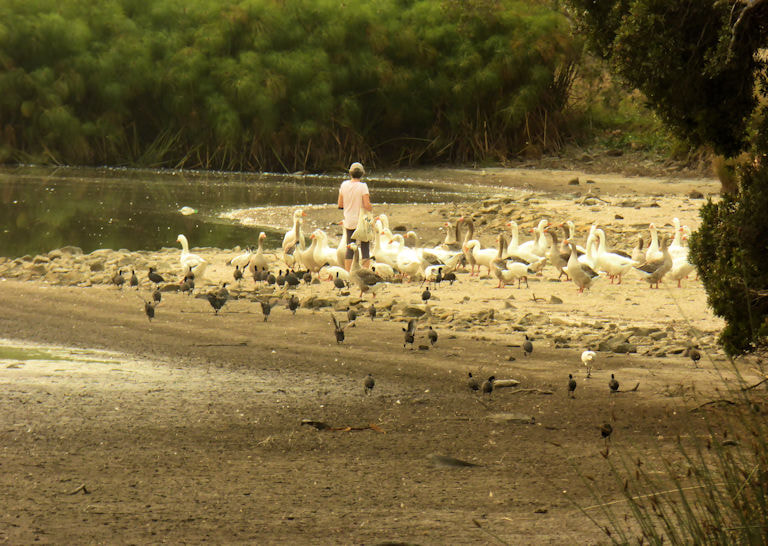 Feeding the ducks is a popular past time for young and old, despite the 'no feeding' signs 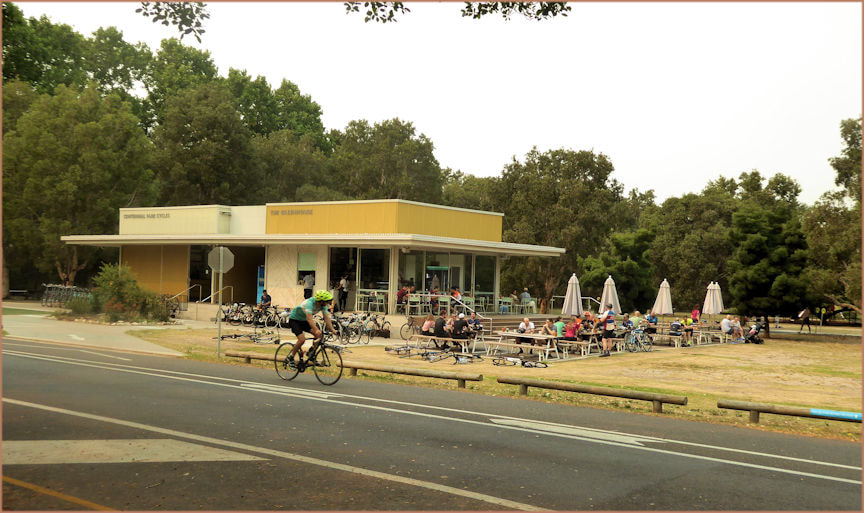 Cycling can be hard work.  Need somewhere to refuel. 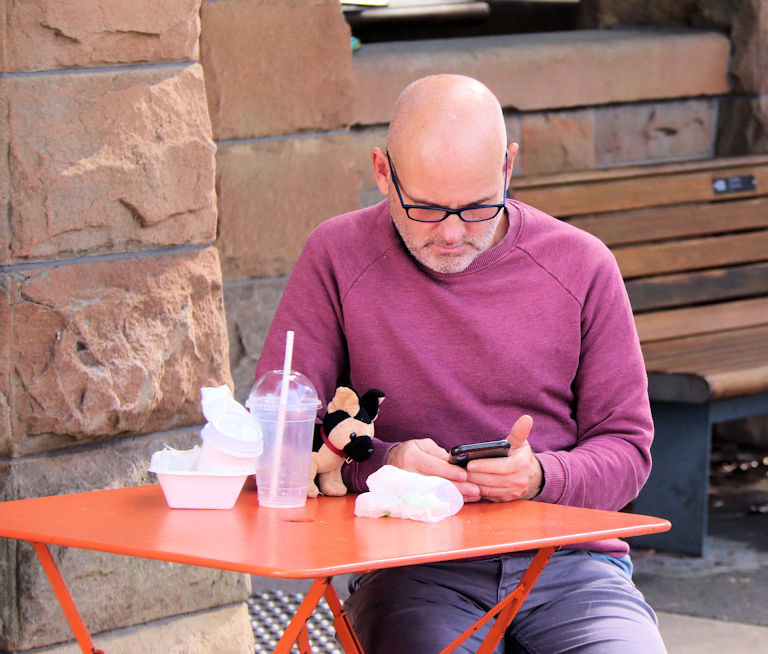