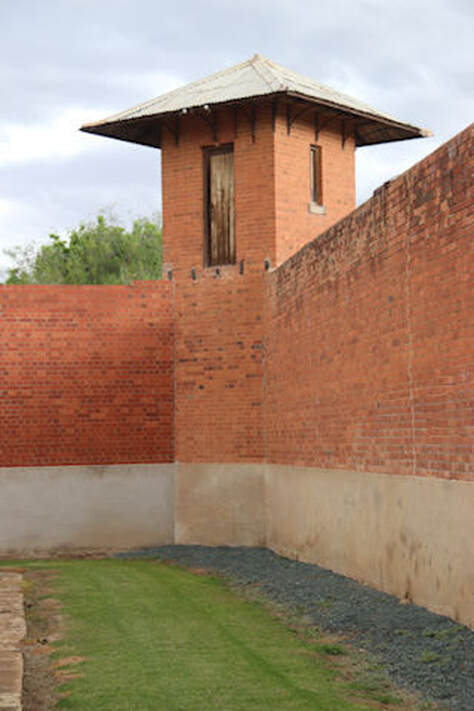 ​Hay:- The settlement originated in 1840 as a coach station known as Lang’s Crossing Place. It was surveyed in 1858 and became a town the following year, named for John Hay, a district parliamentary representative. Developed as a river port, it was proclaimed a municipality in 1872 and a shire in 1965. Hay is situated at the junction of the Sturt, Cobb, and Mid Western highways.

​The old Gaol is now a museum. 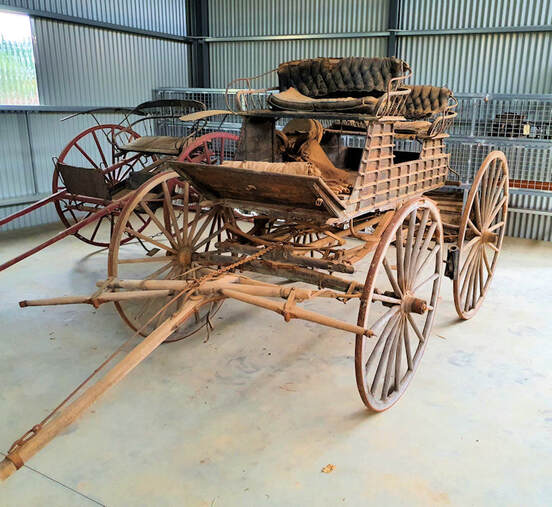 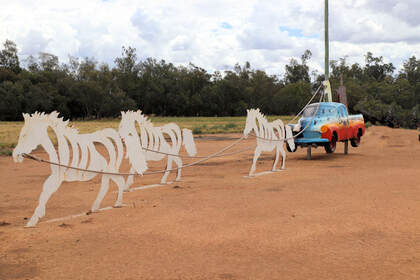 Condoblin:-
Condobolin is the largest centre in the Heart of NSW and is home to approx. 3,500 people. Commonly known as Condo, the town lies on the bank of the Lachlan River

While travelling Route 66 on a trip across the United States, Graham and Jana Pickles were drawn to an unusually popular attraction named “Cadillac Ranch”, located in the west Texas near Amarillo.
Intrigued by the ranch’s popularity, the “Utes in the Paddock” concept grew from a whimsical ‘what if’ seed... and in August 2007 the Utes team began working on the project.
Aviation Museum - Parkes
Cowra:- Japanese Gardens and Cemetery

Drive to the next page:

​2:-Lightning Ridge,(Including Dunedoo and Coonamble)  ​3:-White Cliffs,(via Cobar, Bourke and Wilcannia)  4:-Broken Hill, (and Minindee) 5:- Silverton and Day Dream Mine   < 0 >  7:- Mount Tomah Gardens
Click on the Aussie icon below to return to the Australasia page,
​or click HERE to return to the home page
Proudly powered by Weebly